More recently, every electronics store had a pair of rows with digital cameras. Now they’re gone. In some places, there are stands with SLR cameras, but their age is already running out. Cameras moved to a smartphone, and there formed deposits of very different photos and videos.

Until a couple of years ago, in the branches of the country’s main bank, there were queues of people wanting to pay for utilities. Now they’re gone. The most persistent pensioners continue to pay for receipts offline, but children give them tablets for their birthday. If your beloved grandmother has other socialization options, besides going to the branch, the bank moves to the tablet. 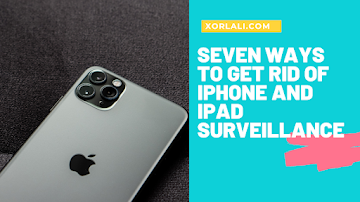 And then, as it is called, how it will go. The service owner can use the knowledge himself and consciously share it with someone else – gratuitously or at a reasonable price. Even the database may have access to someone not too conscientious, and then the models of using information about you to predict are almost impossible. One thing is sure: you won’t like any of them.

We must also understand that our digital portraits are made up of a very bizarre mosaic. Somewhere the email was lit up in conjunction with the phone number and somewhere the phone and home address. Searching for a photo with some skill will help to find a page on social networks. Talented algorithms match all these pieces, and here it is, digital you. Not very cool, probably, when some other people’s robots know about you unpredictably a lot.

The iOS 14 and iPadOS 14 operating systems, which come out in the fall, add unprecedented barriers to collecting personal data by Internet resources and apps. I’ve installed their betas now, and I’ve been impressed not only by the new self-defense tools but also by the curiosity that the digital environment sometimes displays.

Here are seven innovations that immediately draw attention to themselves:

Safari now shows the number of different trackers on your visited x resource.

Clicking on the letters aA to the left of the lock, you need to choose “Privacy Report,” and there you can choose a summary report on blocked and allowed trackers and detailed layout on a specific site. I assure you, some of them shock you with their unhealthy curiosity. For example, one resource about gadgets carries 41 trackers, most of which cause unkind questions. Safari in automatic mode dramatically complicates the life of fans to spy on users. But the latter may have a reasonable idea to cut into the peeping.

In iOS/iPadOS 14, colored dots appear periodically in the top right corner of the screen. Green says that the camera works, and orange – about the work of the microphone. This is useful for two reasons at once. First, you won’t forget to leave the app that broadcasts the picture and sound to someone else—no more mishaps with an undisclosed zoom. Secondly, you’ll find out if an app suddenly decided to collect more data about you.

For example, after iOS 14 was released, it was discovered that the Instagram app liked to take photos of the user while watching the feed. The developers, of course, apologized and said that it happened by accident. But now the accident has been eliminated, and we must think it will not happen again. And not just on Instagram. What if they hadn’t burned it?

It is possible to reduce the accuracy of the location

Yes, some apps need to know where you are right now. It’s up to two feet. For example, a car navigator or a taxi service. But many others will only know just a settlement or an area. In iOS/iPad 14, you can control this single-lever movement.

Added control of app access to photos and videos

We have many gigabytes of pictures and videos with very different content on our phones. It is not always desirable for the application to have access to the entire collection. In the new version of iOS/iPadOS, you can, as in the old age, allow you to watch the whole group, and you can see a different picture or album. Yes, most likely, no one will hide our selfies, but still strangely unnecessarily open in front of simple software, which scans barcodes on checks for some action.

It has become possible to disable tracking in public Wi-Fi networks.

If you like to connect to free Wi-Fi hotspots in cafes, shopping malls, subways, and other public places, your devices are starting to find out. And given that one operator serves a significant part of the networks, he will soon accumulate curious statistics of movements. iOS/iPad 14 has a random-generating MAC-address feature, i.e., a device ID on the system. Then the service will seem that someone new and unfamiliar has come.

In the App Store, in the most visual form, it will be specified – what the application wants to know about its user always, and what information can come during operation. If the soft seems too curious, you can look for alternatives.

You can transfer old accounts to “Apple Entry” and change email

This feature, which appeared last year, allowed re-registering in applications and services, leaving no unnecessary data. Even the email was generated automatically and could be destroyed by the user at any time. Now “Apple Entrance” becomes available on old counties – provided that the host of the service connects the feature on its side. But its popularity is growing because, losing a little information, the service acquires an identified client with solvency above the average level.

iOS/iPad 14 has several innovations related to personal data protection, but I think you’ll notice them when a big update arrives on your smartphone or tablet. The designs that have penetrated mobile devices over the past decade have made their possibilities almost limitless. This is not an exaggeration; you see how the smartphone replaces one instrument after another. But the control of these opportunities has not kept pace with progress.

Apple is resolutely (I would say, unexpectedly decisively) puts the order on its platform in the matter of access to personal data. It is evident that over time and Google will be forced to follow its example, that’s just Android by nature is poorly regulated.

It turns out that those concerned about control over information about themselves will not have much choice.

GATHS reaffirms commitment to its partnership with CAG

Regina Daniels’ Sends Emotional Message To Her Haters And Critics

Regina Daniels’ Sends Emotional Message To Her Haters And Critics